In the United States, there are a wide variety of places that you can safely and legally take your dog. Unfortunately, there are many more places where a standard pet would not be welcome or where you would be expected to pay more for the privilege of having your pet with you. For many years, people afflicted with emotional or physical challenges were limited as to where they could comfortably go, because the animals they depended on to make their daily tasks possible were not always welcome. The increased awareness by the general public of the need for emotional support and service animals, as well as the certification that often makes those animals more welcome in public, has had a significant impact on the quality of life for people who need that invaluable help. Therefore, it will be very helpful to understand the differences between certifying a service animal and certifying an emotional support animal.

#1-The ADA Says That Only Dogs Can Be Service Animals, While Emotional Support Animals Can Vary

Except for a brief period of time when miniature horses were also classified by the federal government as a service animal, the only accepted service animal, according to the Americans with Disabilities act, has been the dog for many years. That poses a problem for people who have allergies to, or a fear of, dogs. A service animal must be trained to do specific tasks that helps their human to enjoy a better quality of life, stay safe, navigate the area, etc.

An emotional support animal can be almost any type of animal, with most being cats or dogs. They help their people by mitigating the emotional challenges their person is experiencing. Common examples include anxiety, panic attacks, depression, etc. Their mere presence and typical behavior is known to improve the situation, while a service animal is required to have specific training to help.

One common issue that occurs when someone is trying to tell the difference between a service dog and an emotional support dog is often seen as the result of an invisible disability, like epilepsy, psychiatric issues and diabetes. To the untrained eye, anxiety or depression are remarkably similar to more serious psychiatric issues and as a result, service and emotional support animals for those individuals may seem the same.

Certifying your service animal will also require you to share information about your challenges that benefit from a service animal. However, you should expect to display exactly how your dog helps you, such as keeping you safe during a seizure, notifying you of your low blood sugar or protecting you during a PTSD episode. In addition, it's often surprising that federal law does not currently require certification of service dogs, either, but their behavior in public and the training they are typically associated with can set a higher expectation of service animals. Emotional support animals often begin as pets and then their owners realize their potential. 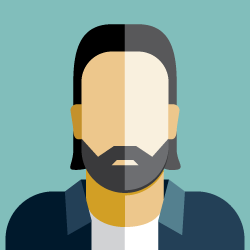 Because of their quirky and unpredictable personalities, cats make fun companions. They're happy to sit on your lap, or your laptop, and hang out all day long if you're willing to do the same. They are good at hunting rats and other critters you don't particularly want to share your home with. And they love to polish the floor with their furry feet and tails. But cats can also be pretty ornery! Luckily, you can train your cat to be a better roommate with the help of a professional as long as you're willing to do some leg work at home between training sessions. This blog is dedicated to helping cat owners get the most from their training sessions and to live happy lives with their feline friends, even in small spaces.